This project in the city of Ath (Belgium) consisted of the renovation and rejuvenation of an existing English style park and the adjacent Esplanade. The original atmosphere and character of the park were preserved during the renovation.

Esplanade d’Ath
Alongside the Esplanade new trees (Tilia tomentosa ‘Brabant’) were planted to restore the existing double row of Linden trees. The adjacent sports fields have been framed with three grass steps to compensate for the difference of the ground level. The sports fields function as a urban meeting point where one can sport, relax and meet. Numerous park benches provide a place to sit down.

On the axis of the Esplanade, jeu de boules courts were situated. Thirty-one newly planted trees (Tilia cordatas) provide both shelter and shade to this area. They also serve as a green buffer between the building on the Rue Defacqz and the esplanade. The parking spaces along Rue Isidore were replaced with long steps that form the new entrance to the park. A vertical statue accentuates the entrance.

Walled garden
This addition to the existing Esplanade is enclosed by high walls and has a more romantic atmosphere of intimacy and privacy. A circular curving lawn characterizes the walled garden. The borders are planted with flowering perennials and shrubs that add color and seasonal interest. Benches were placed along the paths to sit and enjoy the garden.

Park Romantique
The renovation of the park, in English landscape style, was mainly characterized by the rejuvenation of the existing borders with flowering shrubs under the canopies of the monumental trees.

By adding a swirling composition of holly hedges (Ilex crenata ‘Blue Angel’) we were able to increase the illusion of depth and distance in the park. The hedges also determined the position of the round statue which forms a focal point at the end of the park. 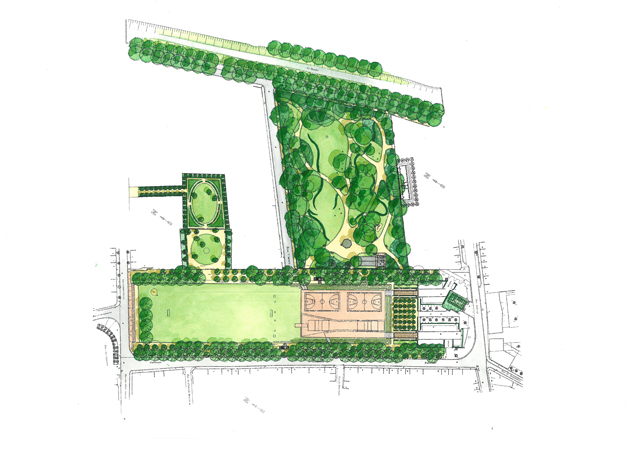 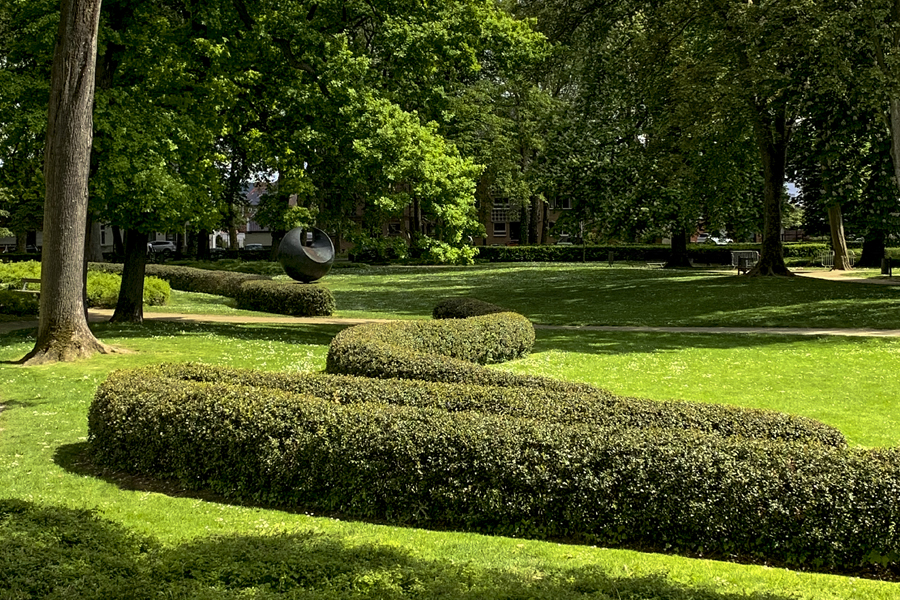 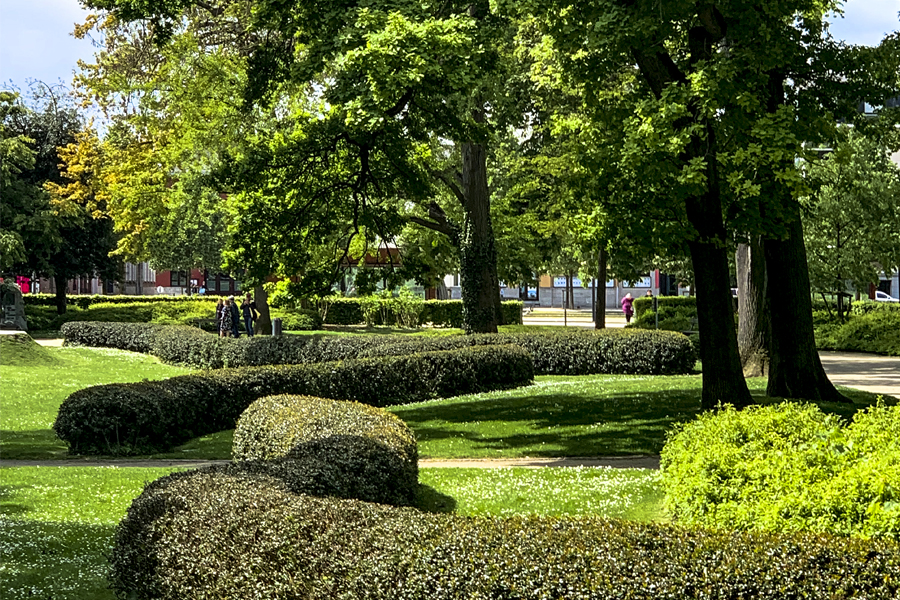 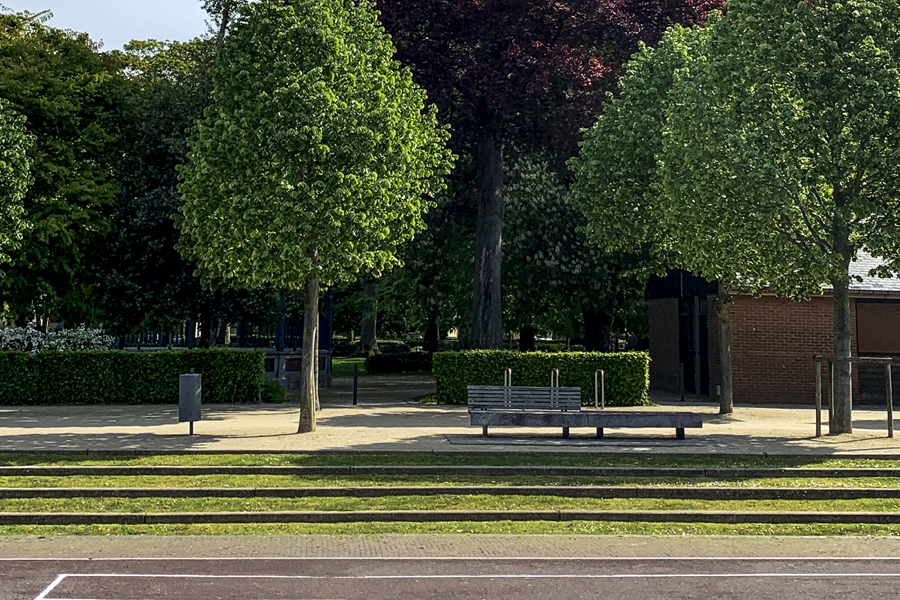 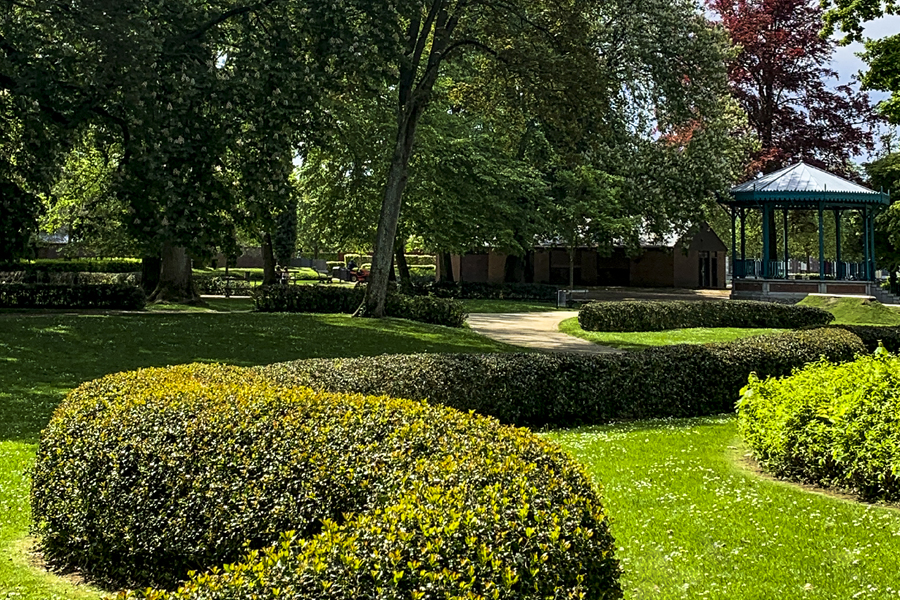 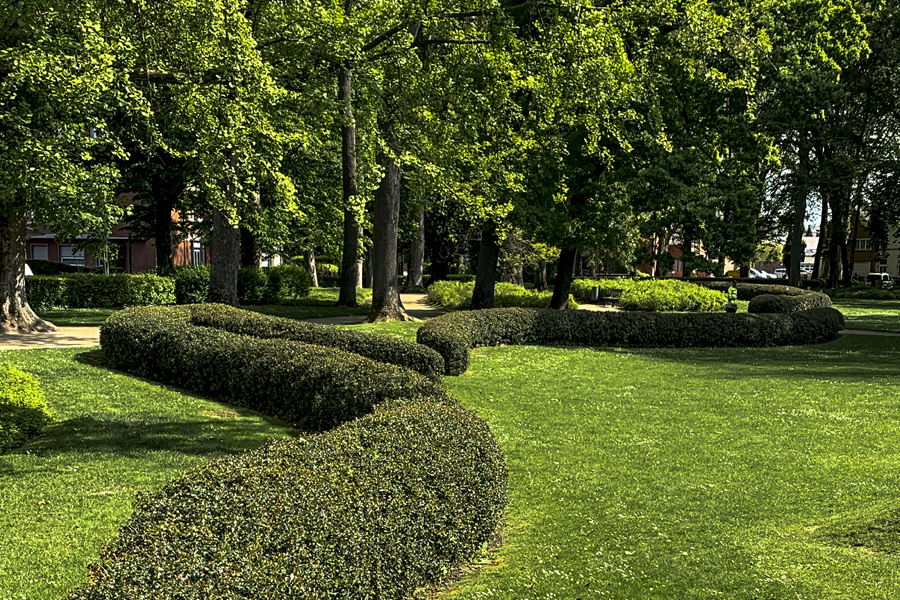 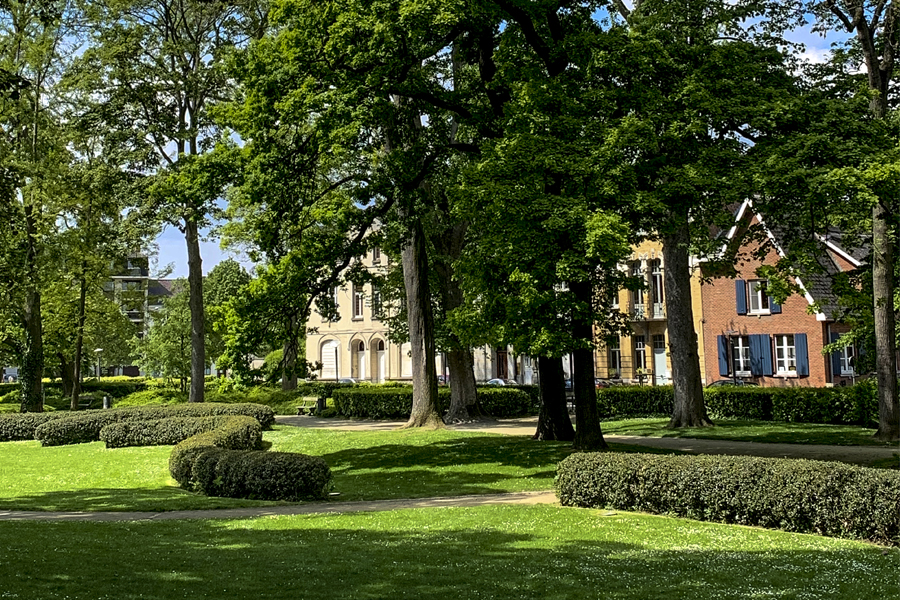