The City of Justice project is a powerful urban statement at the outskirts of Barcelona. The goal, to concentrate all the spread out judiciary activities for the cities of Barcelona and l’Hospitalet in one complex of buildings on one site, was the driving force behind this project. At the site of old military barracks at the Gran Via Boulevard, the location provided excellent accessibility for the entire region. As a result of a competition, David Chipperfield Architects and b720 from Barcelona designed an interesting complex of 9 buildings. Four buildings are connected by an atrium which reads like a city within the city.

The building program requests generated large scale volumes, that were skillfully laid out. They provide interesting urban spaces, connections, transitions and accesses that play with the relationship to the main streets, and with the way the strong sunlight is allowed in or blocked out. The personality of the ensemble is enhanced by its reduced and abstract expression and its unexpected way of using colored concrete.

In this project, landscaping the public realm faced the tough Barcelona urban climate: heat, hardscape all over, sun reflection or deep shade, a generalized rooftop situation, minimum forecasted maintenance and generous accessibility requests for the firetrucks. As the geometries of the buildings and their layout were so overpowering, the idea came up to avoid any direct dialogue in design terms and look for a credible response to all this power.

By planting groves of trees that provide a “below canopy” world, close to our human scale, the symbiosis between the human figure and huge buildings become a much richer dialogue. During 6 months of the year, pedestrians find shelter under these canopies to circulate, meet or rest in an illusion of freshness. The density of the trees and the wonderful feathery quality of the honey locust trees add a notion of lightness. It’s as if this urban forest popped up spontaneously from the paving! 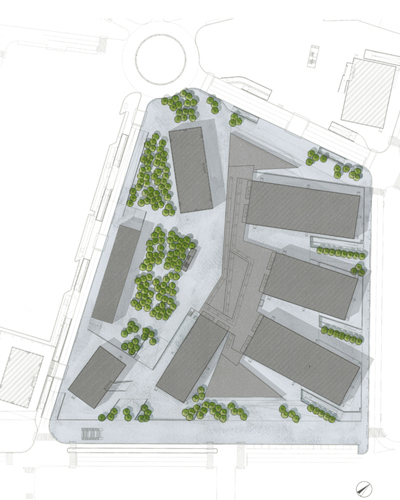 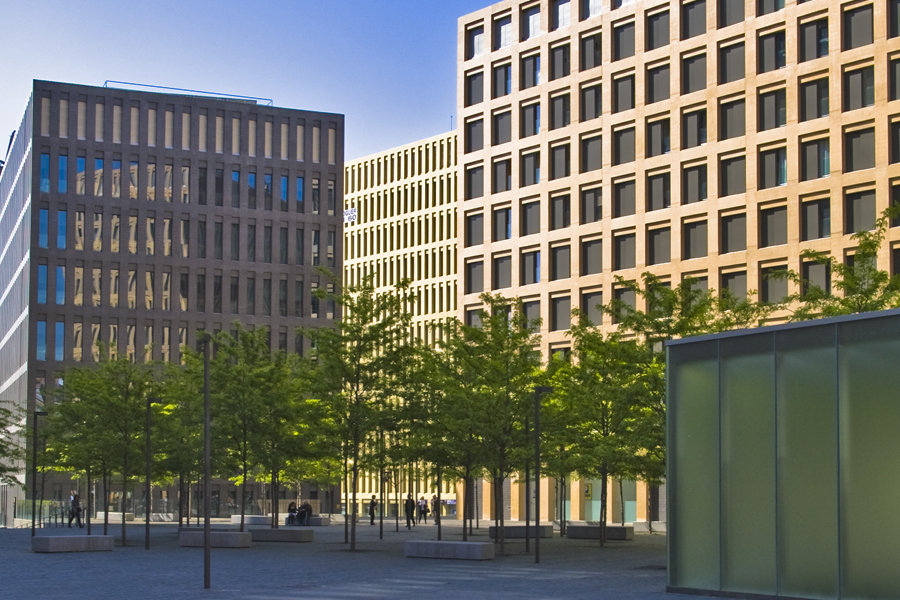 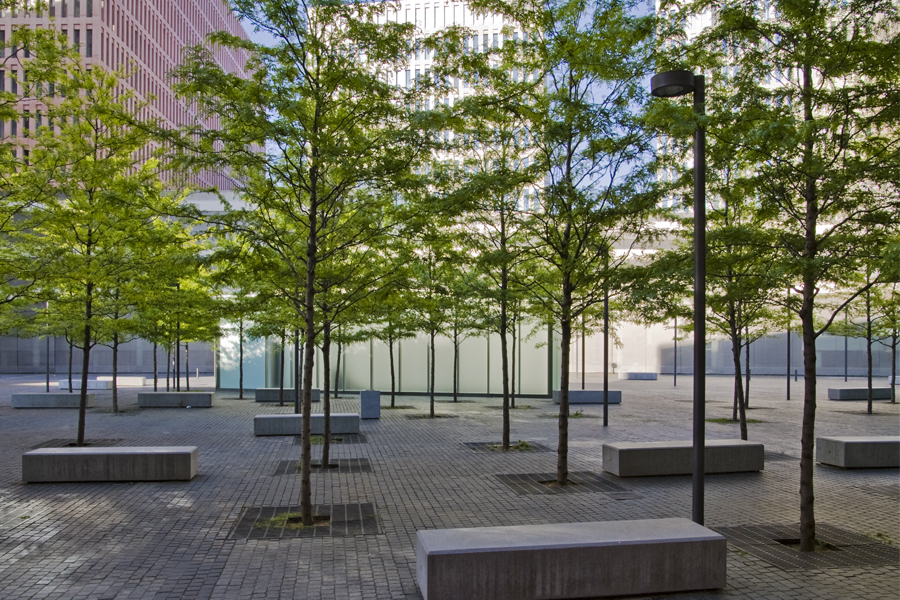 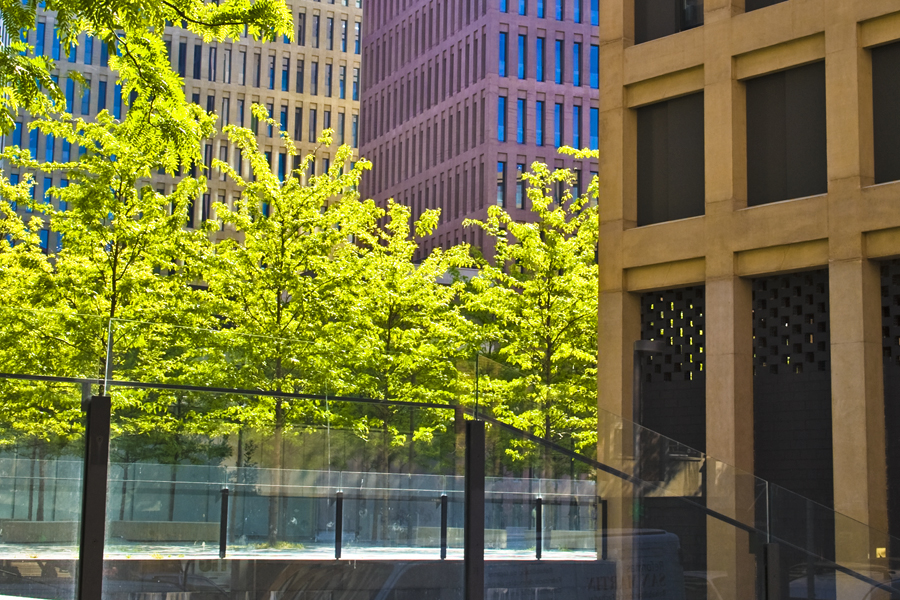 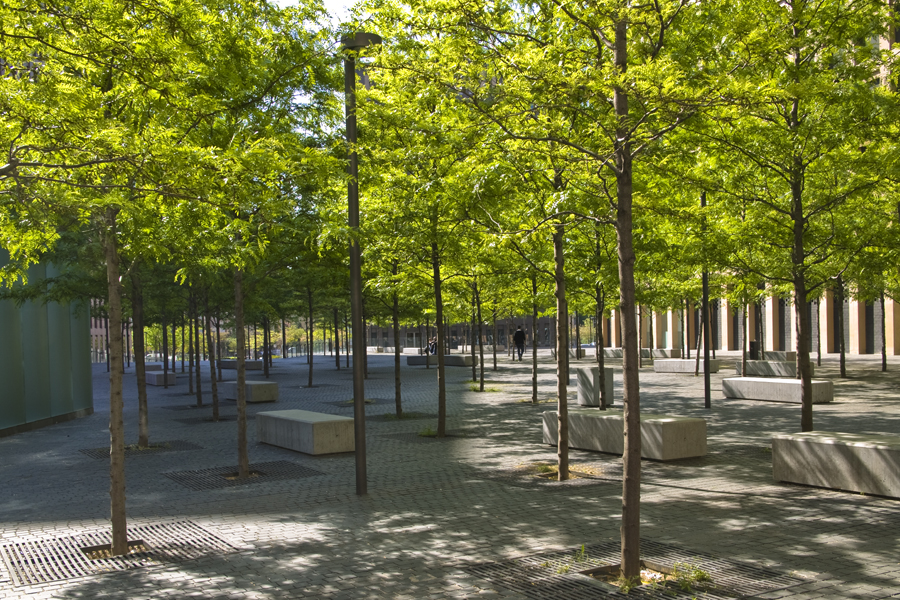 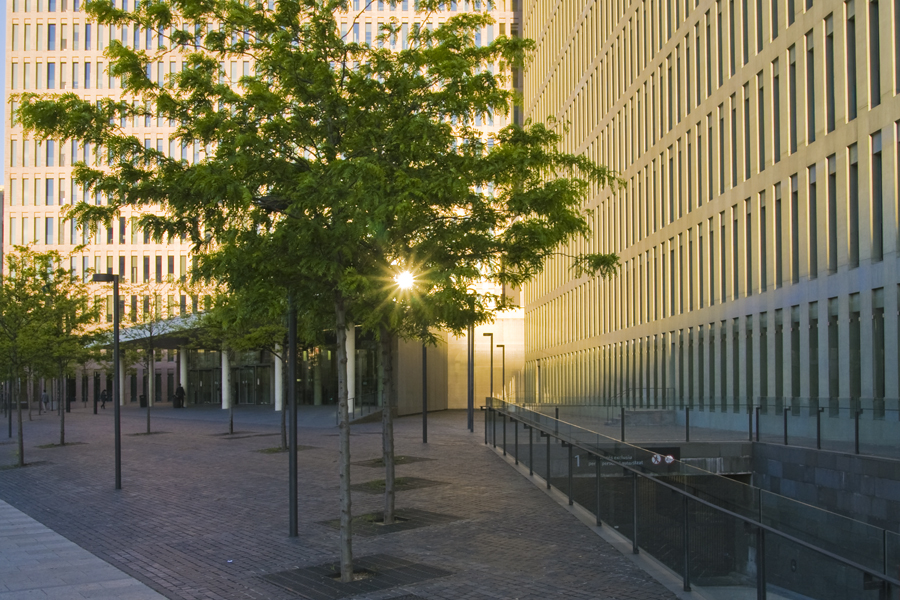 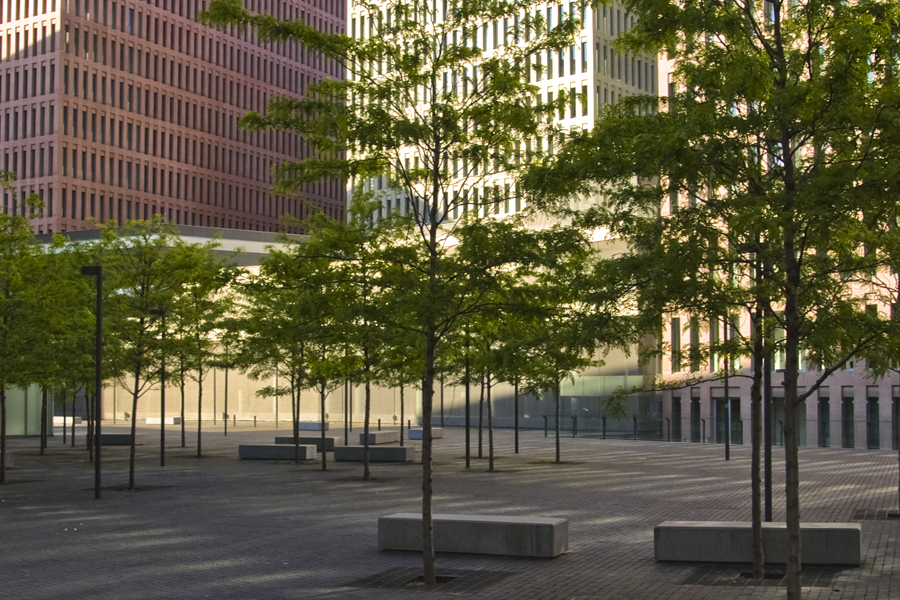