The Albert II Laan in Brussels, quite close to the Noordstation, was a comprehensive development in 1992 in which a largely 19th-century boulevard was destroyed and a Manhattan-like street of new offices was built in its place.

The site runs roughly north-south and is sheltered from the most violent winds, which can create a problem for planting at the foot of cliffs of high-rise modern buildings. It is a narrow site and the single most important consideration in the landscaping was to draw the eye away from the dauntingly long and narrow boulevard.

This has been achieved in the simplest possible way: the ground is divided by a pattern of gravel paths that cut obliquely across the space, forming triangles and lozenges where two paths meet or cross, and the paths are edged with single lines of fastigiate oaks of two subtly different kinds – both European natives – the fastigiate forms of the sessile oak and of the pedunculate oak, both of which naturally form elegantly columnar shapes.

Where the paths intersect there is a circular open space of gravel. In some places, large modern sculptures have since been placed at the center of these spaces 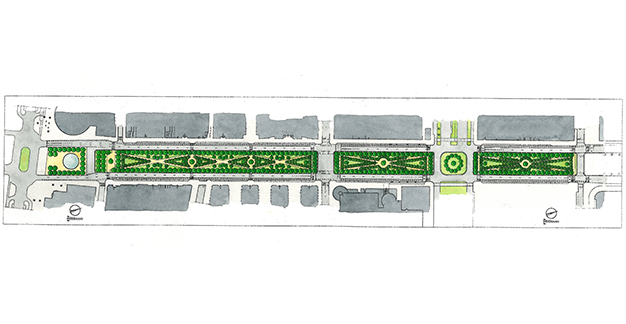 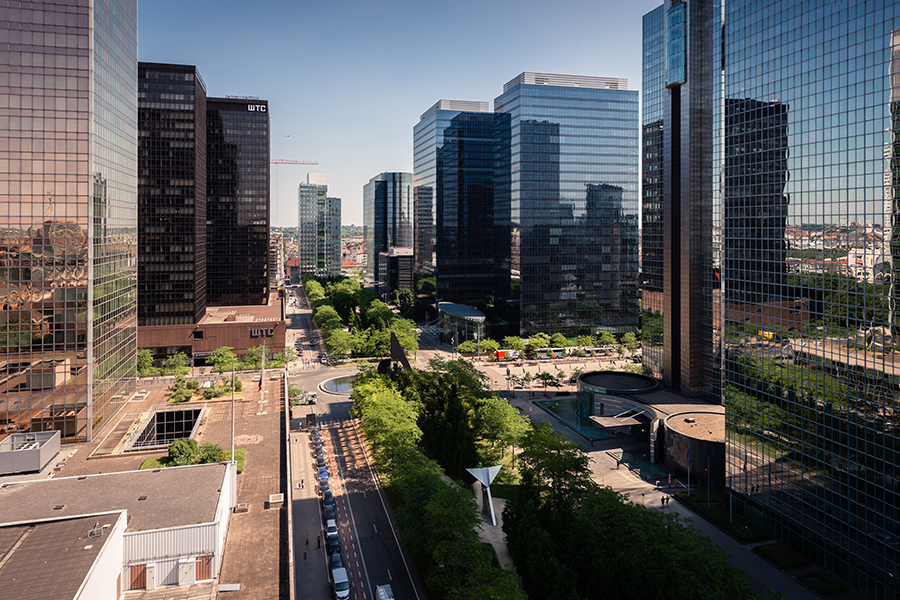 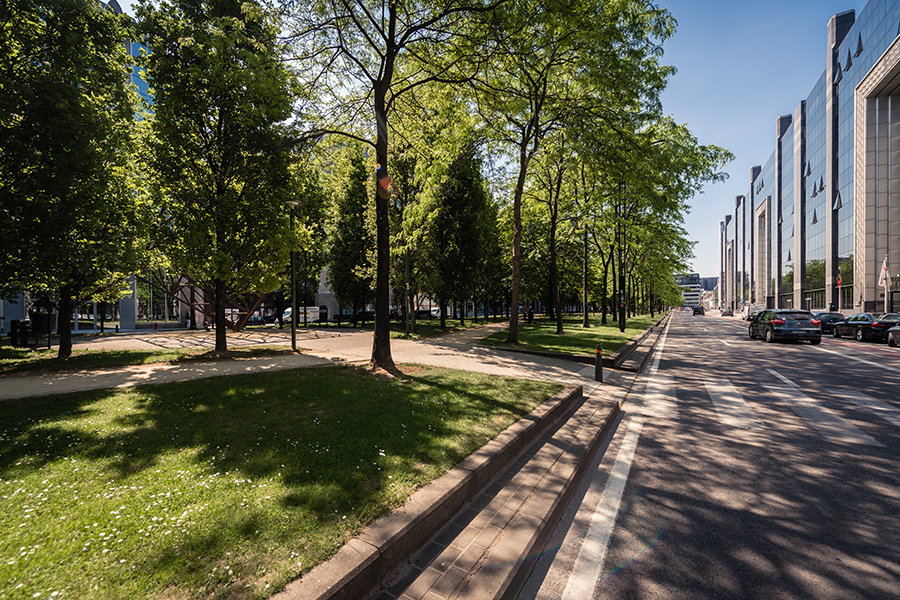 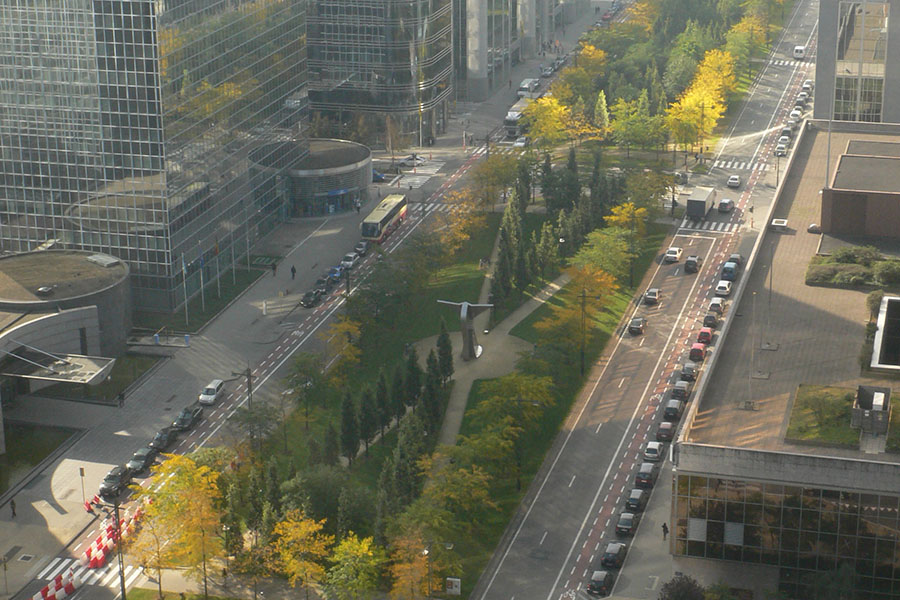 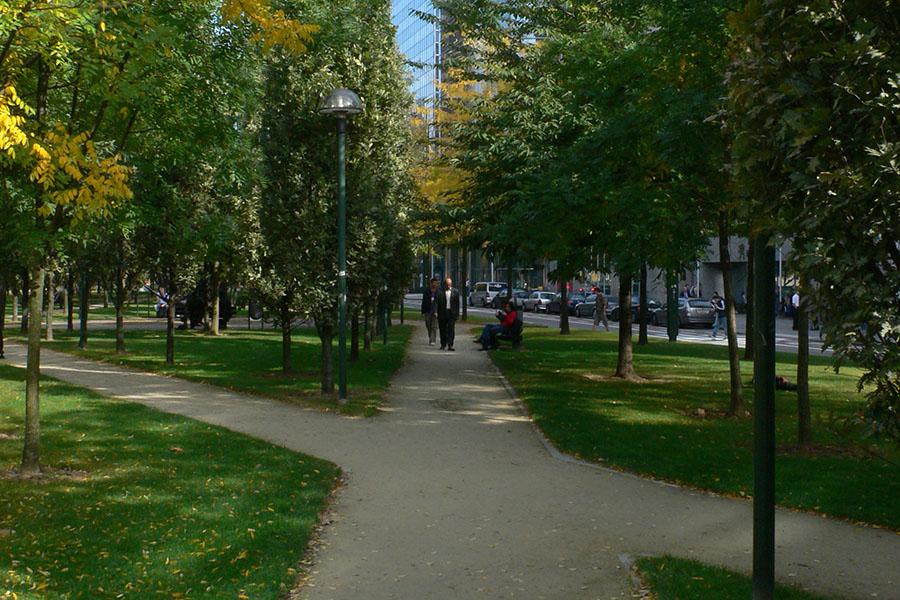 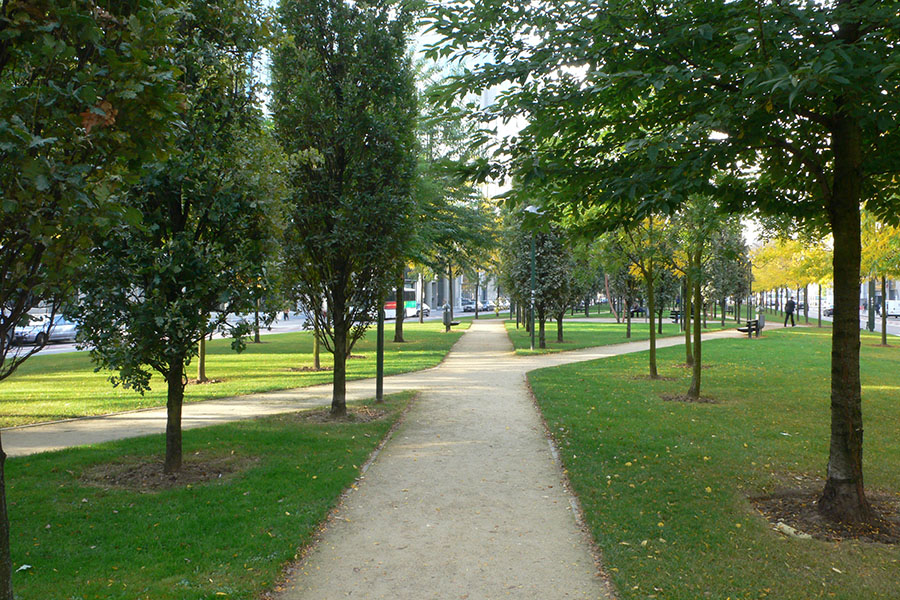 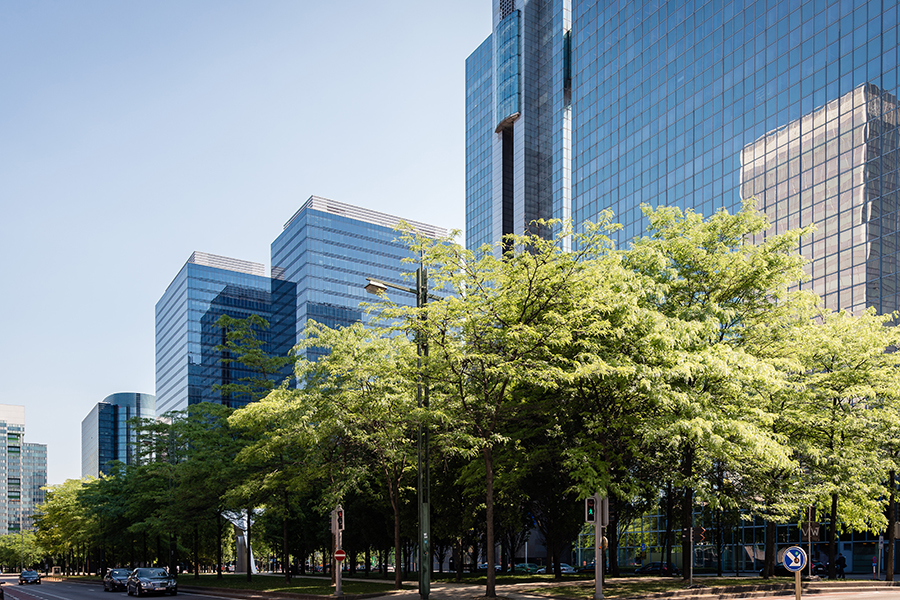