This business park is situated on the border between Brussels and Zaventem. Even though the buildings show a lot of resemblance, each building meets the specific wishes of the national and international firms. Wirtz International created a well-defined and coherent landscape that not only complements but also strengthens the appearance of the business park.

The campus is being characterized by large groups of linden trees which have been placed in a grid. These have also been planted alongside the roads to create unity.

On the Northwestern part of the campus curving lines of ornamental grasses wrap themselves around the building creating a strong visual impact. Clusters of Taxodium trees interrupt the lines of grasses.

Behind one of the buildings a large terrace with picnic tables and benches provides an sitting and eating area for employees. Next to it is a serene, natural pond. The ambiance which is created by adding a pond, and the reflection of the trees in the water adds an extra tranquility to this specific area. 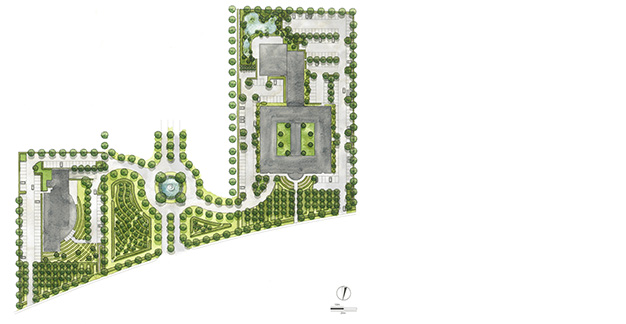 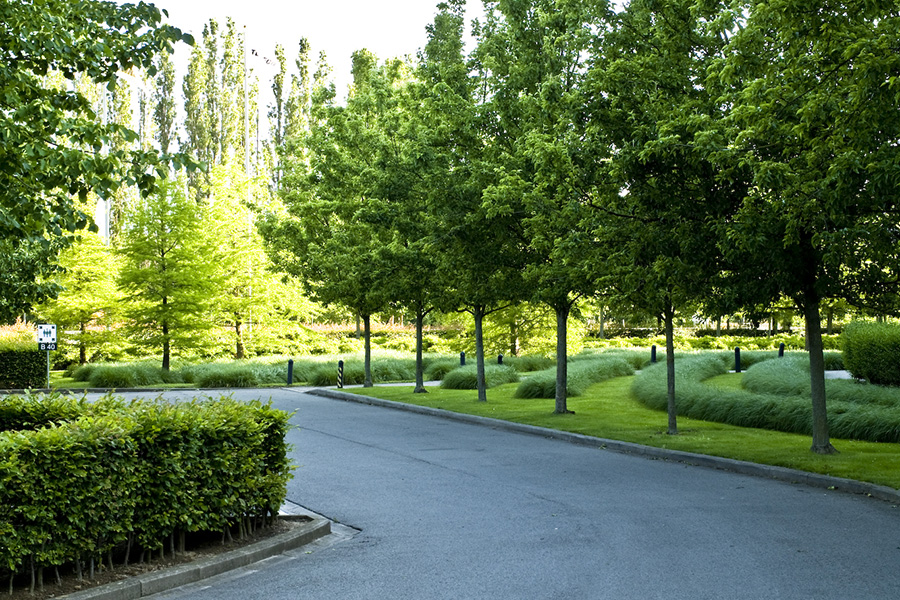 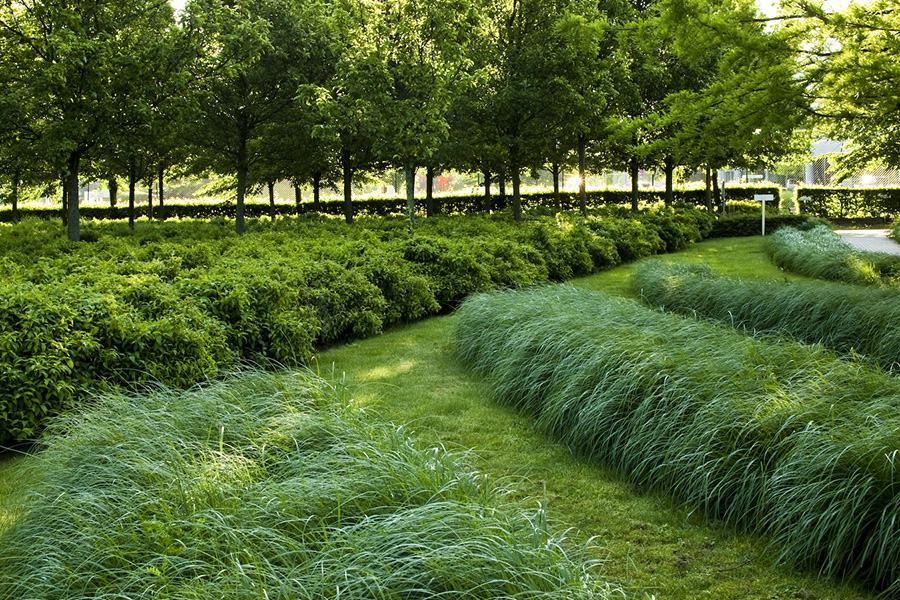 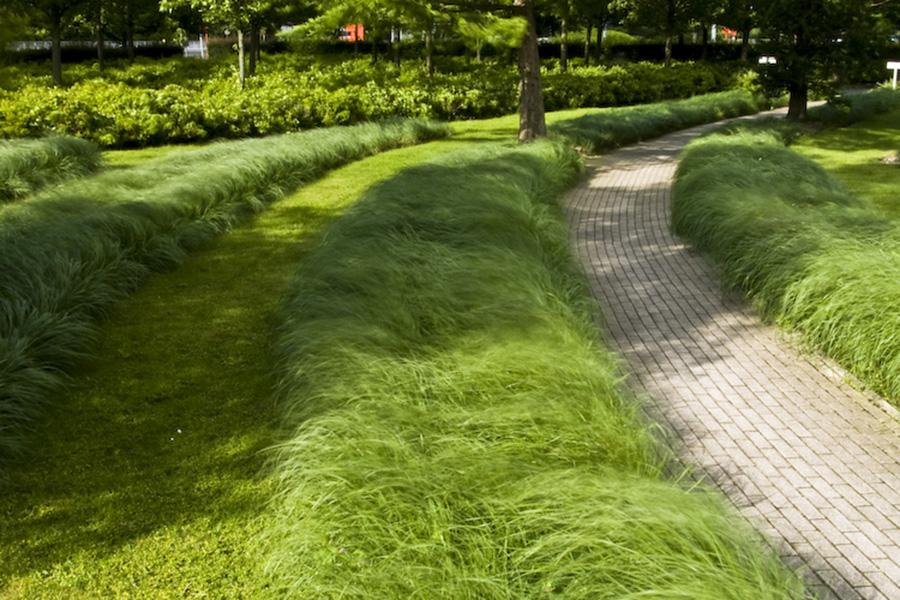 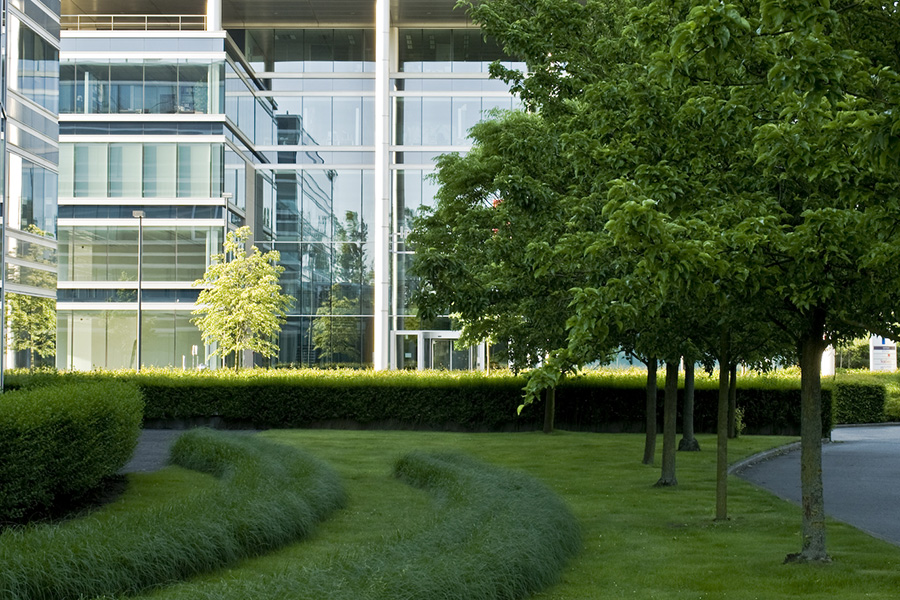 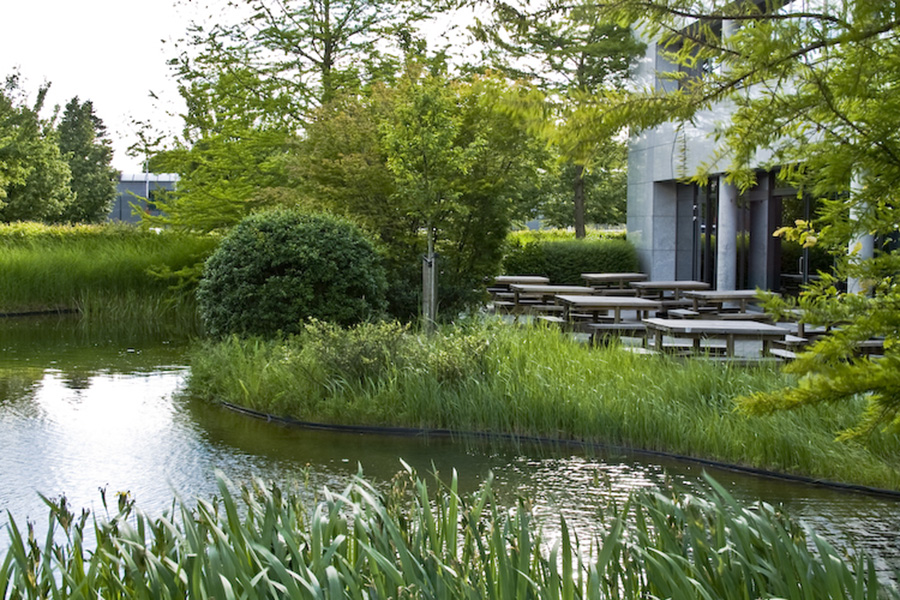