This public park in the center of Kortrijk (Western Flanders) has a military past. In mid- 17th century a citadel was built, and a triangular exercise square was added in the middle of this military complex. In the 19th century, the citadel disappeared. Trees were planted and in 1879 it became a public park.

In 2002 we restored the area with respect for the existing design of three paths that lead to a central area. A wonderful kiosk in the middle of the park, which had unfortunately been destroyed after the war, was replaced with a brick platform and wooden gallery where people meet or lunch.

Fountains at the ends of the paths accentuate the triangular design, and reflect the sun and the clouds up to the canopy of existing trees and the gravel paths. A playground for children and benches make the park attractive for a broad public.

The combination of the structure in relation to the new garden design (water, stage, etc.) gives this park an especially fresh and young appearance. 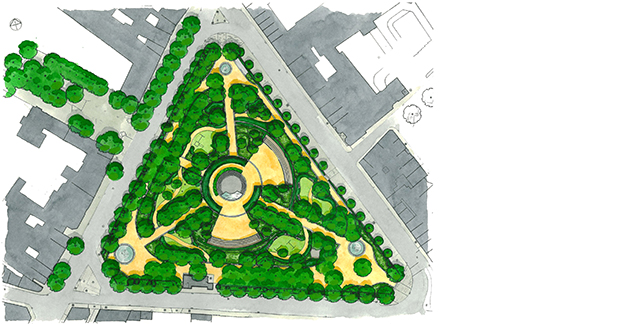 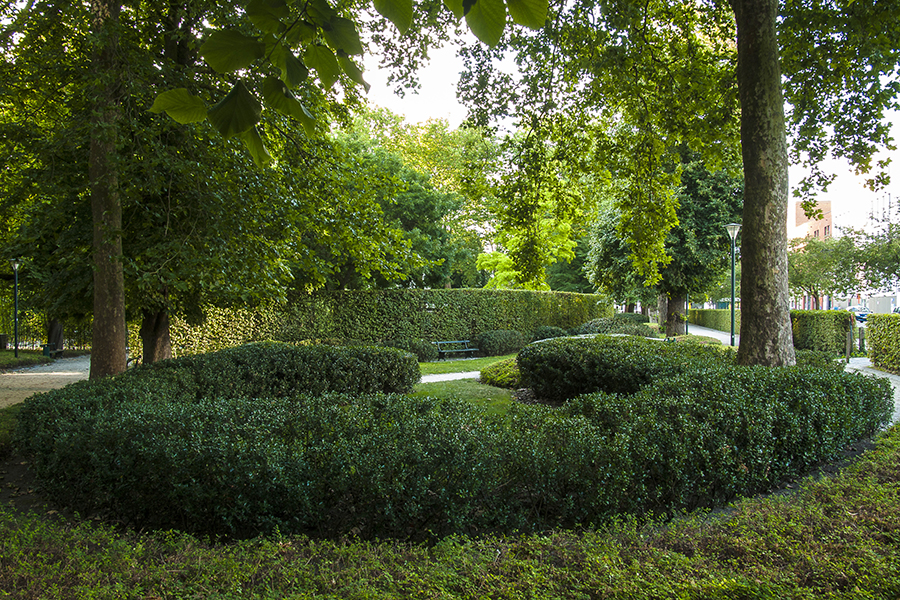 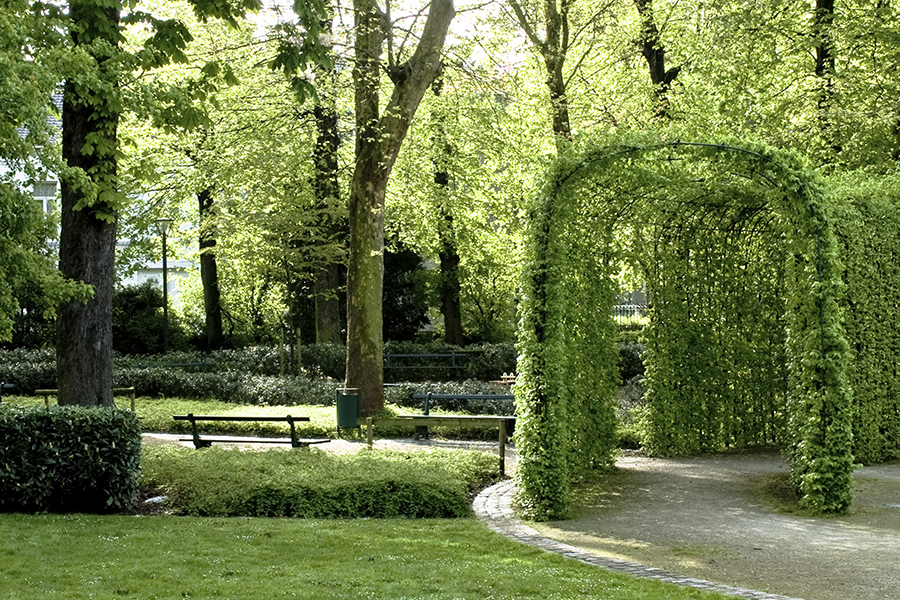 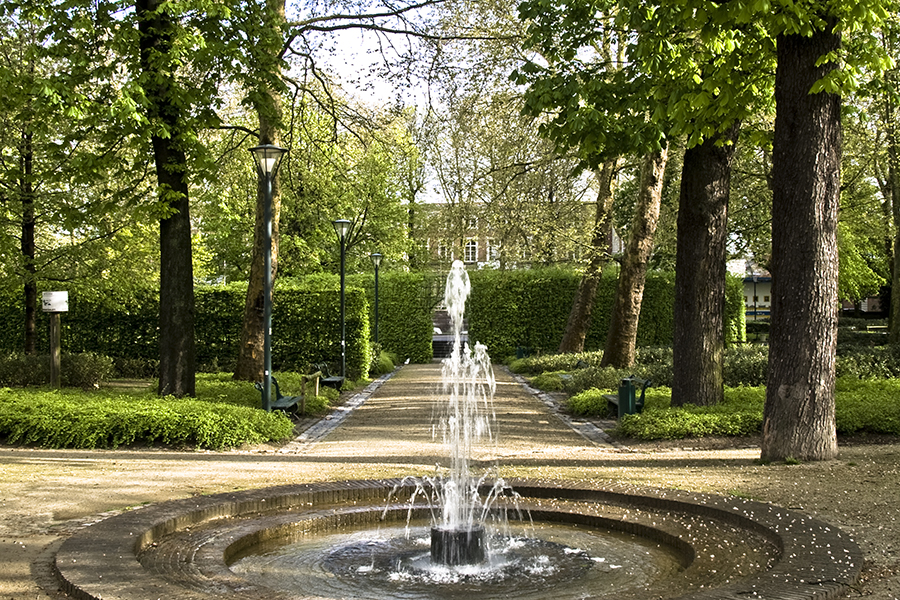 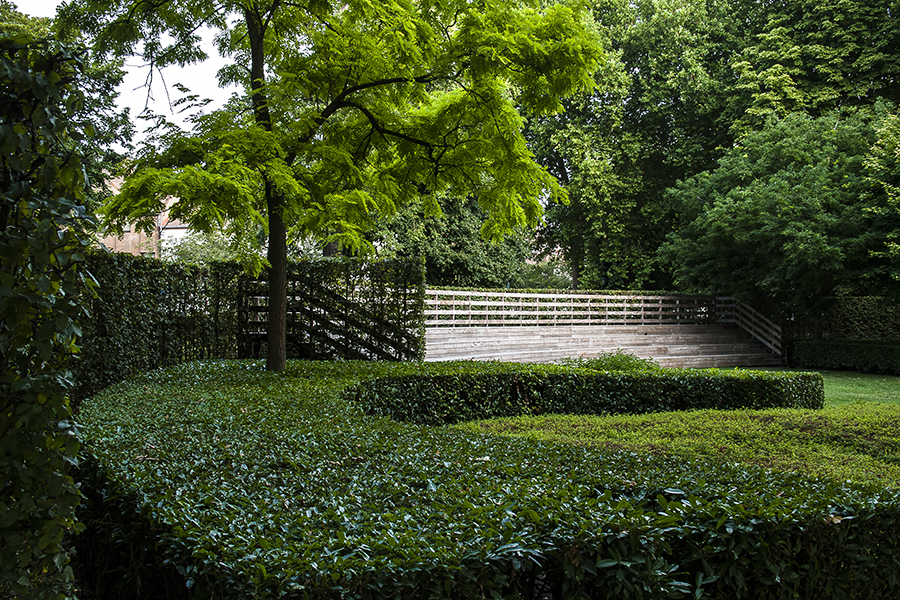 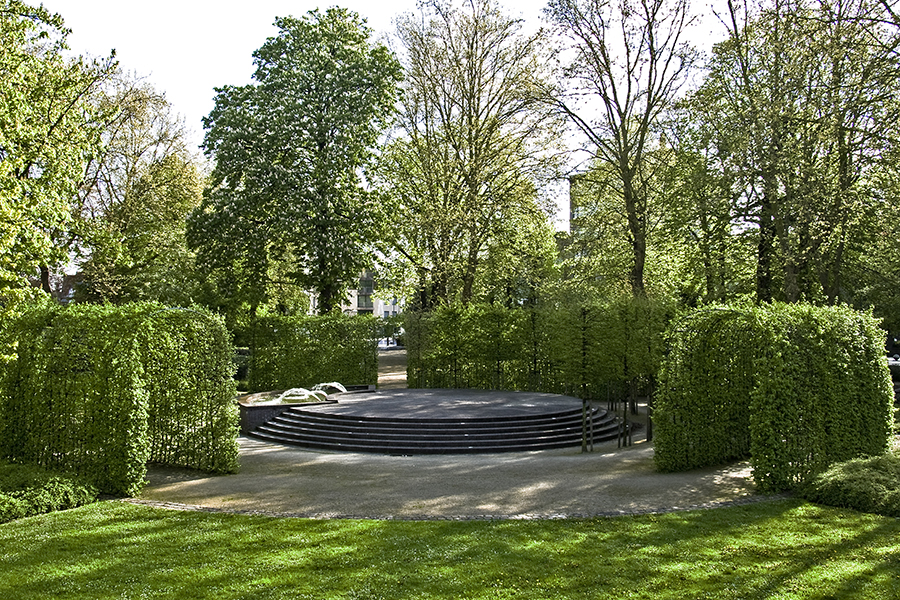 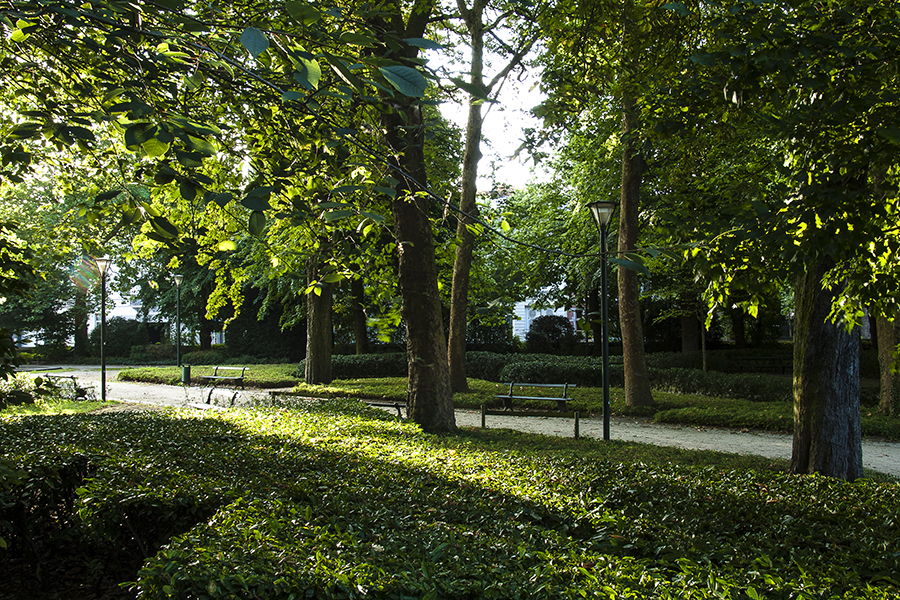 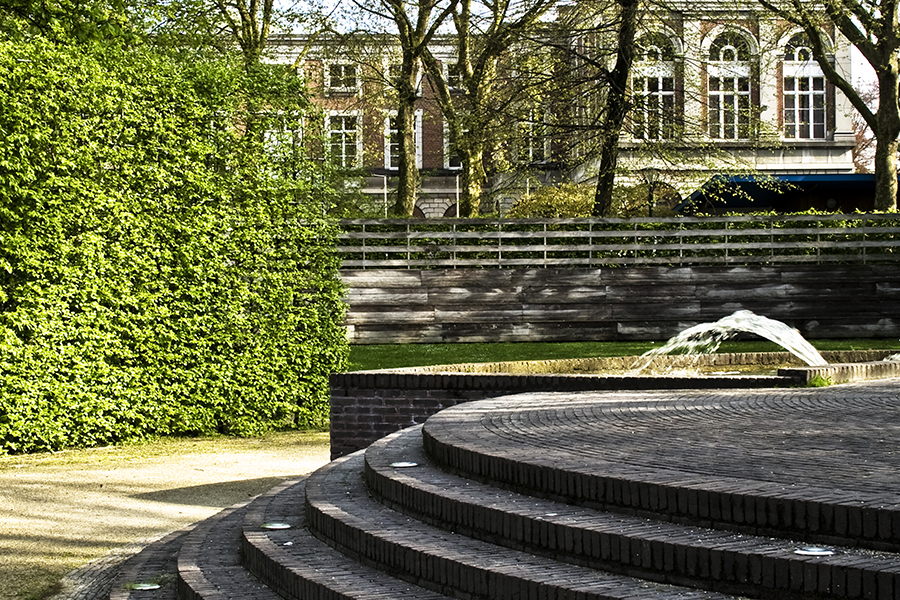 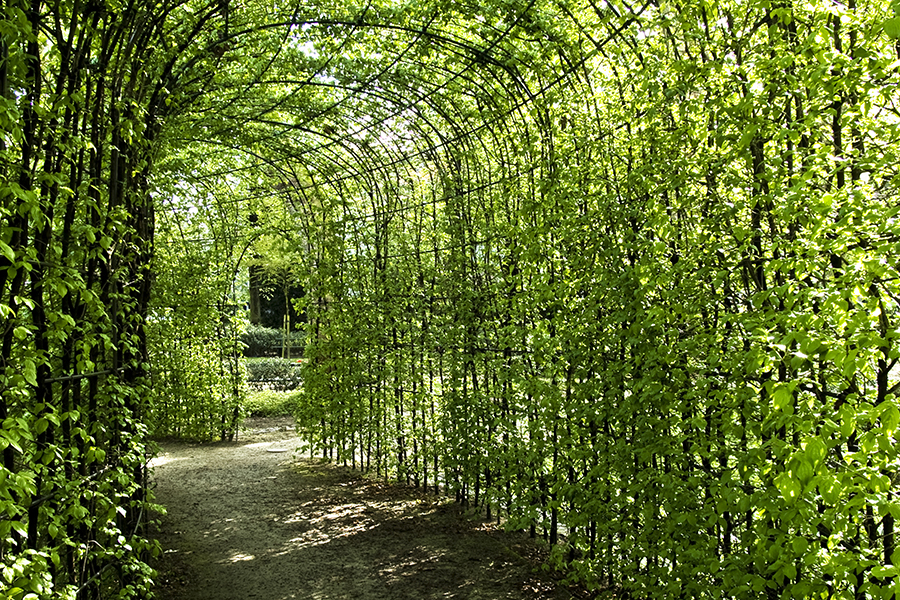 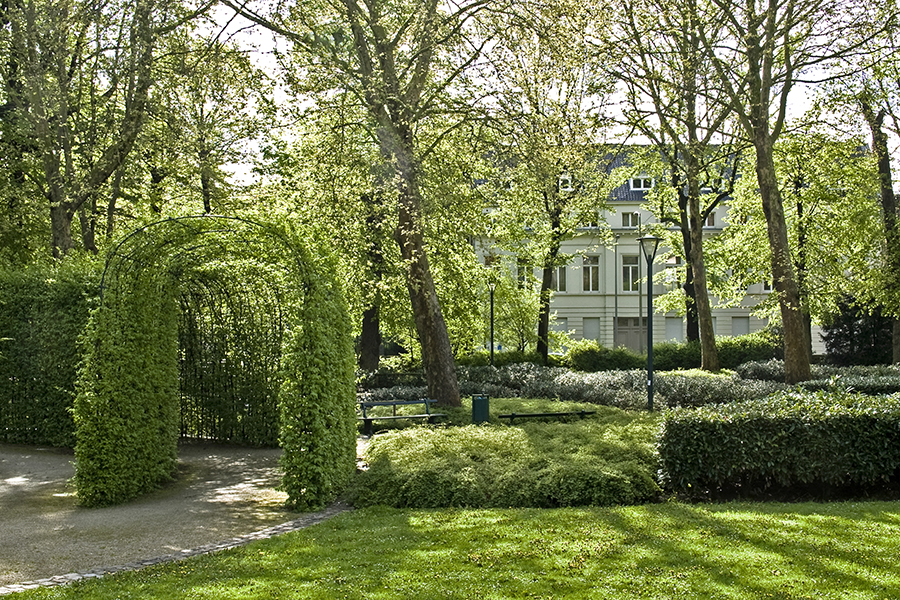