This garden design on the flat Flemish countryside surrounds a large villa that is completely immersed in nature. The entrance is restrained and unemphatic. From the front gate a broad walk of cobbles and an avenue of lime trees flanked by hedges of hornbeam leads straight ahead, ending in a high rounded arch of hornbeam which forms the chief entrance to the garden.

Behind the house, on its south-facing side, the garden is much more outward-looking. A terrace of stone and of bricks laid in herringbone pattern is raised up above the garden, with the change in level hidden by a yew hedge, and below the eastern end of the terrace are box-edged beds of roses. A narrow rectangular canal points away from the house, exactly aligned with an orangery. From the side of the canal a sinuous pool snakes across a lawn, like a river but crossed from time to time by strips of grass.

The ‘river’ opens out at its end into a rounded pool whose margins are planted with hellebores and irises. Beyond it a hornbeam hedge conceals a tennis court and a formal flower garden of gravel paths and box-edged beds. To the south are small fields hedged in hawthorn in which sheep peacefully graze. 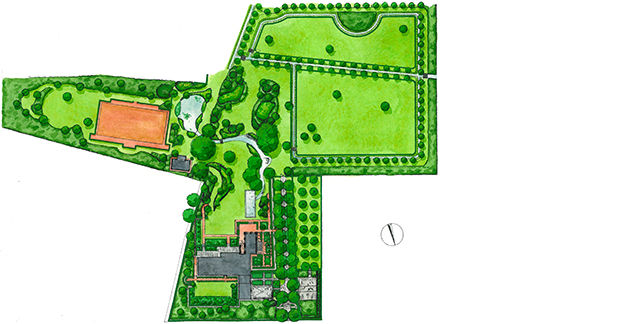 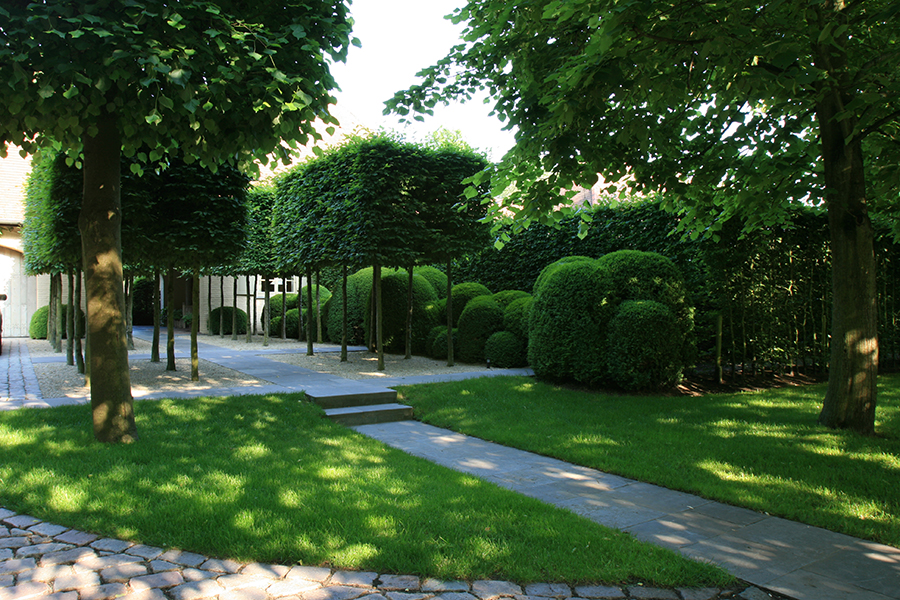 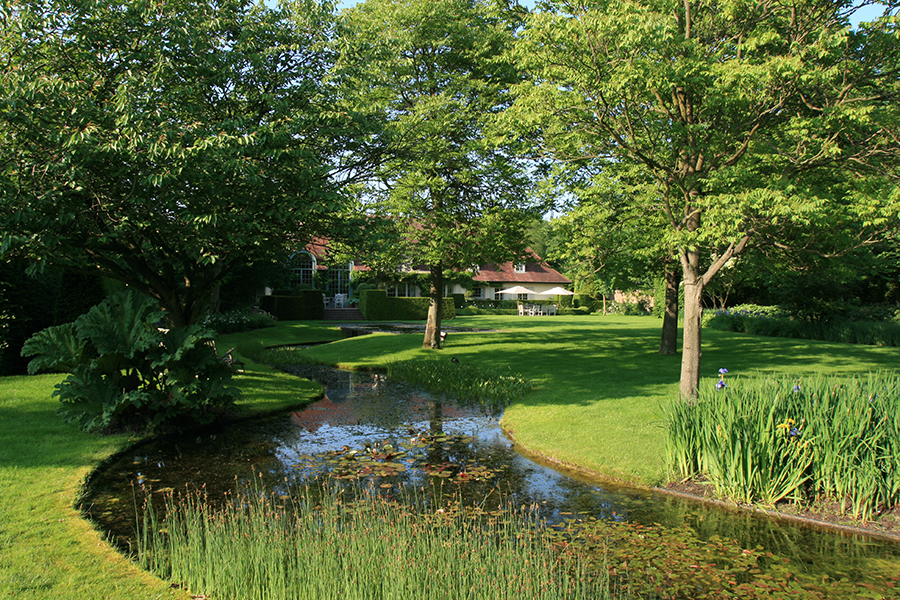 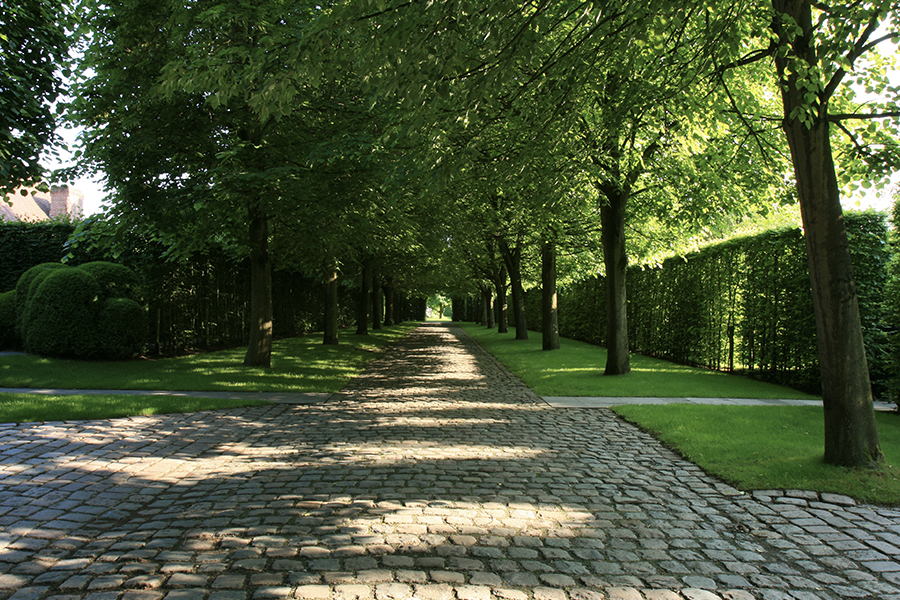 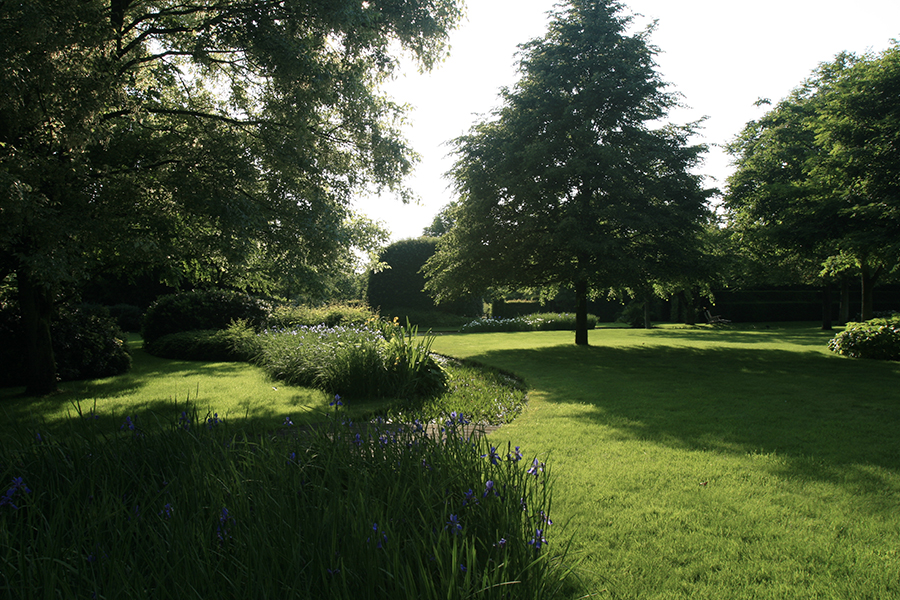 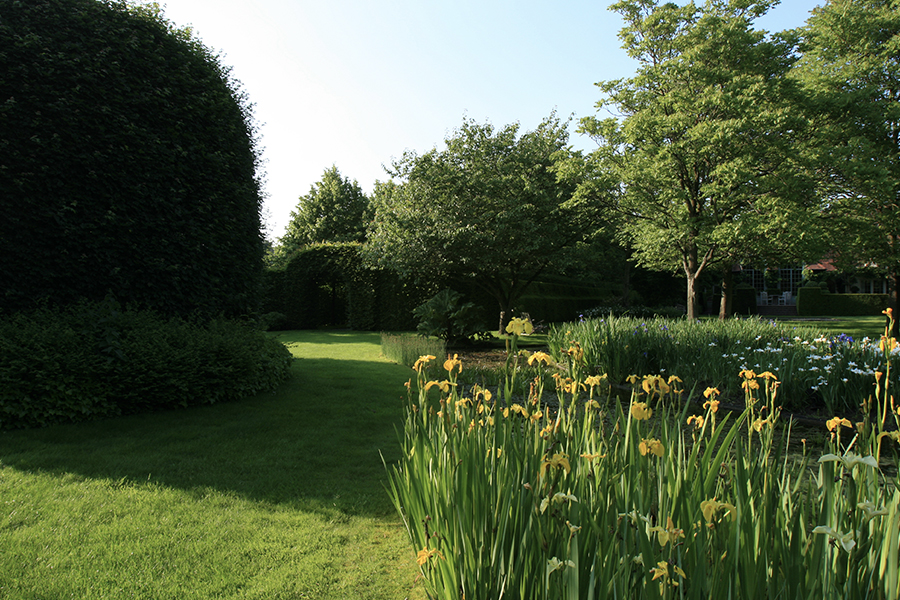 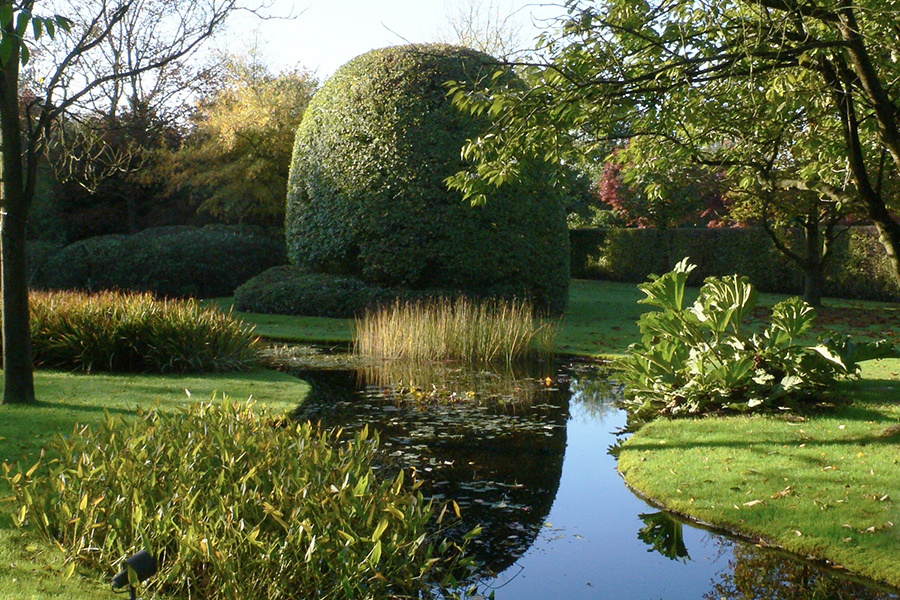 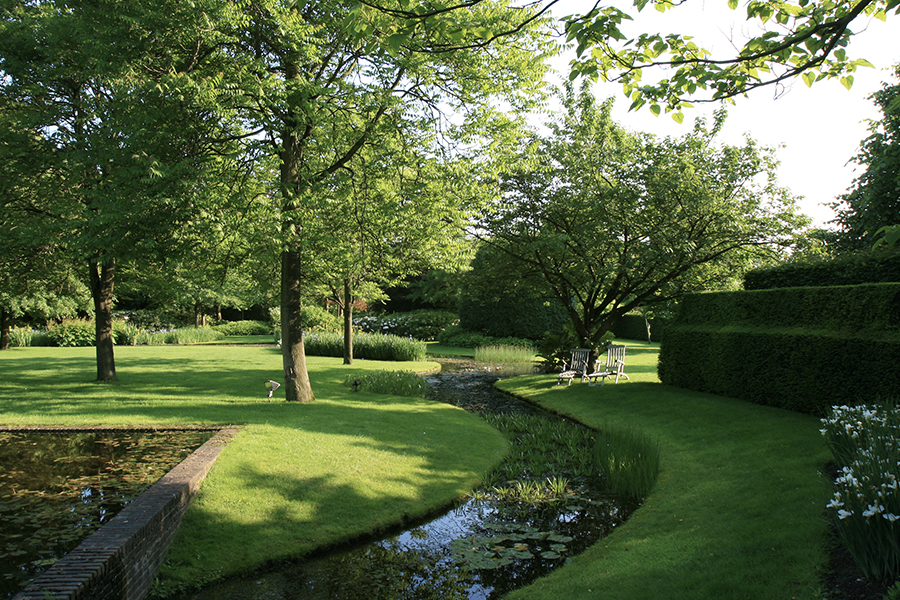 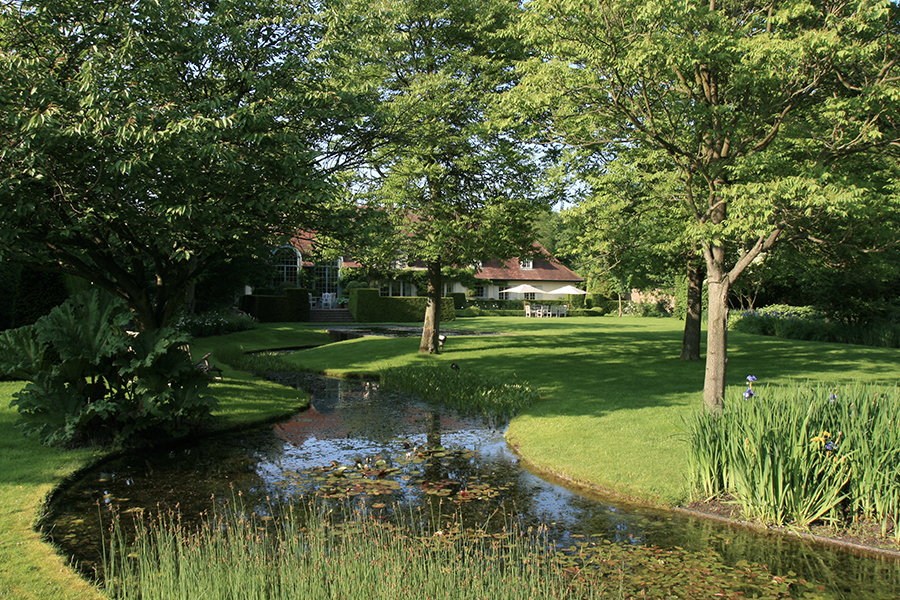 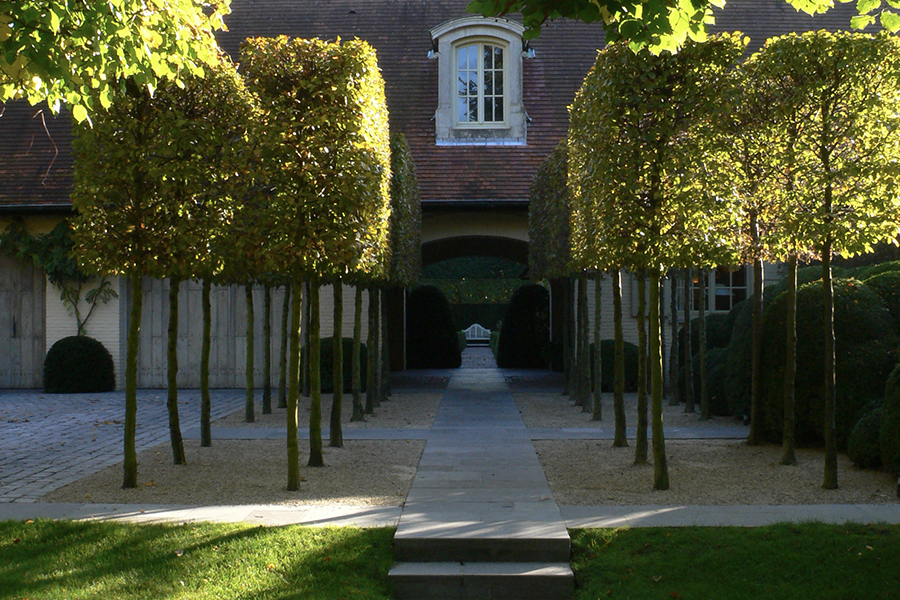