In 1990 Wirtz won the competition, jointly with Louis Benech and Pascal Cribier, to remodel the Tuileries gardens in Paris. In garden historical terms this is one of the most interesting and attractive sites in the world. The 3.6 hectare roof gardens were built on the initiative of President Mitterand on a new underground parking lot and exhibition rooms.

Its starting point is the Arc du Carrousel, erected in 1806 in honour of Napoleon’s victories. Here we preserved a few old horse chestnuts and laid out stone paved paths which radiate westwards from the center of the Arch. These radiating lines are continued in hedges of yew which burst outwards like rays of green light across a lawn, their geometry contrasting happily with the figures by Maillol.

The hedges are rounded in shape and interrupted by occasional gaps. On either side of the Arch passages of yew lead to enclosed square sitting places walled in yew with high screens of pleached limes behind. These have something of the character of 17th-century bosquets – formal wooded enclosures.

The Arc du Carrousel is crisply fixed to its setting, clasped by the flanking hidden bosquets and pinned into place by the radiating paths and hedges. 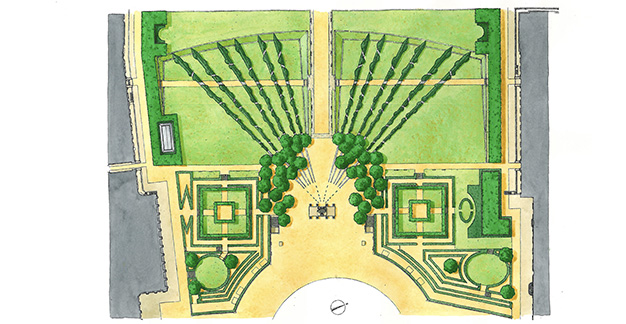 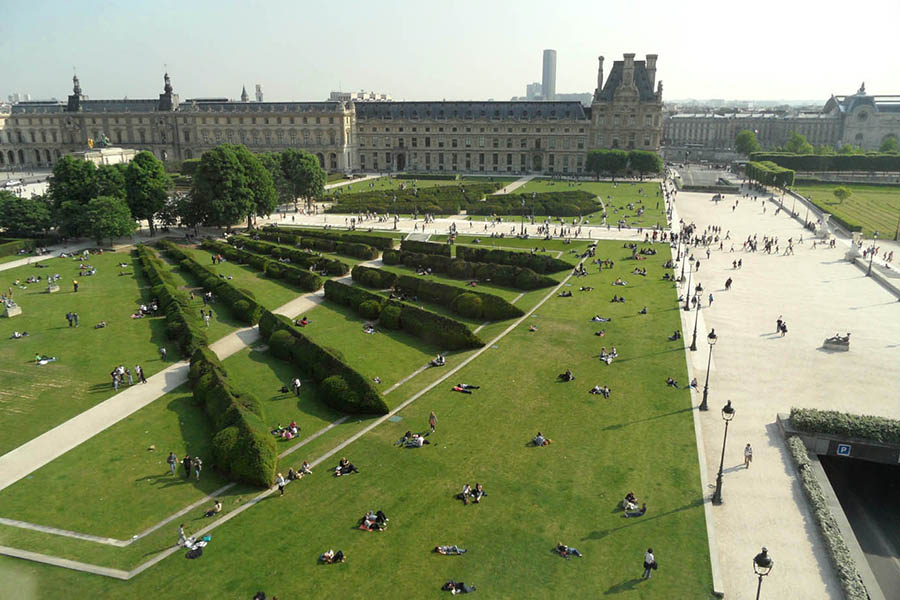 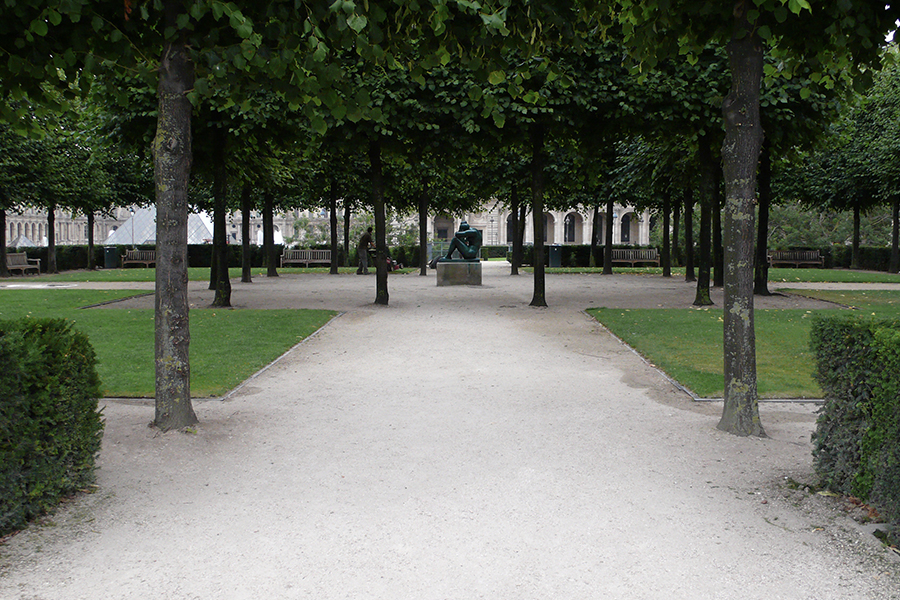 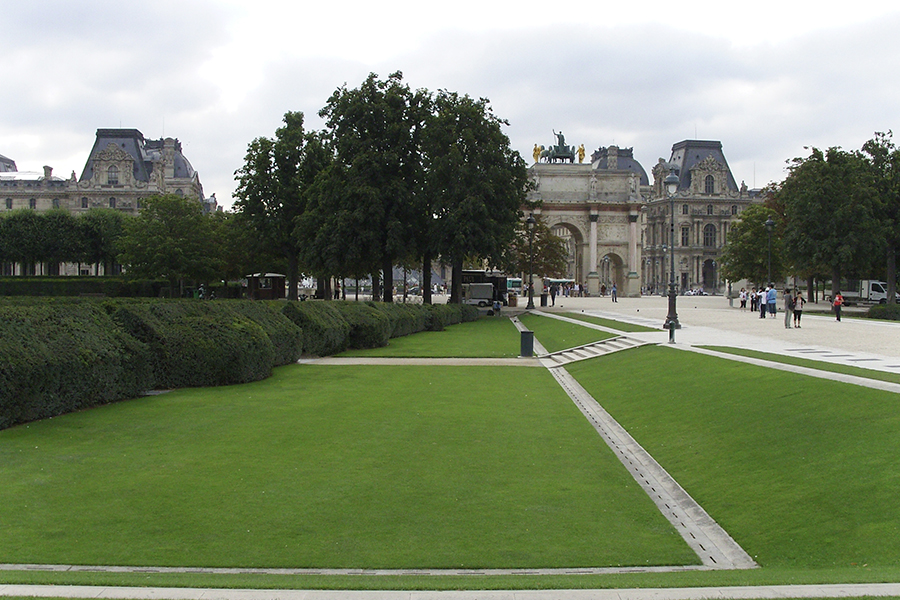 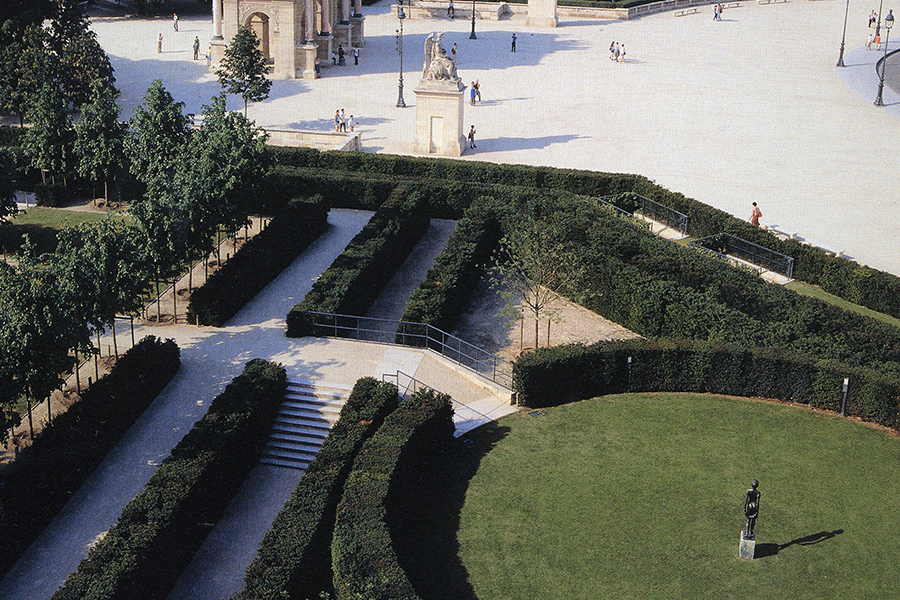 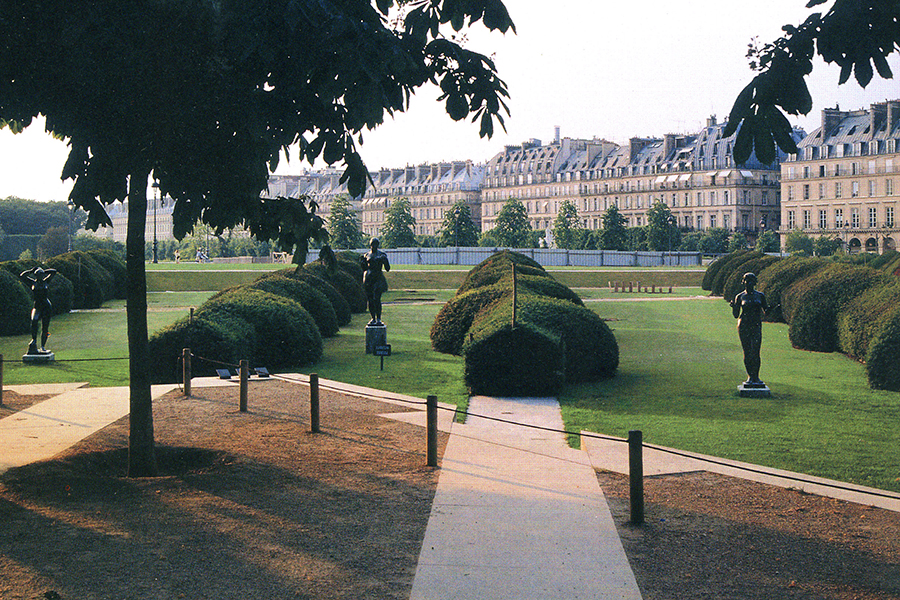 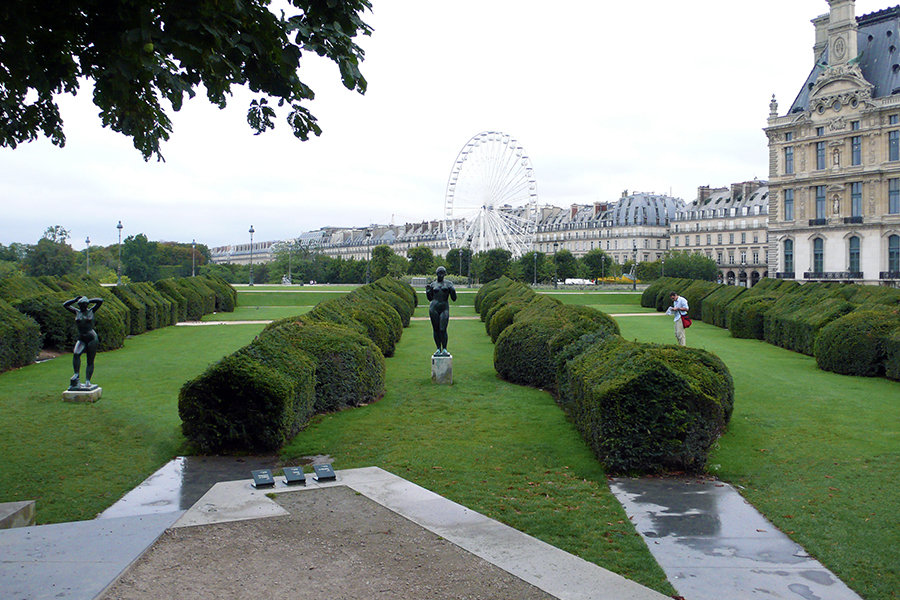